Since the Progressive Era, ideas about the benefits of government openness — crystallized by Justice Brandeis’s famous phrase about the disinfectant qualities of “sunlight” — have steadily grown more popular and prevalent. Post-Watergate reforms further embodied these ideas. Now, notions of “open government” and dramatically heightened levels of transparency have taken hold as zero-cost digital dissemination has become a reality. Many have advocated switching the “default” of government institutions so information and data are no longer available just “on demand” but rather are publicized as a matter of course in usable digital form.

As academic researchers point out, we don’t yet have a great deal of long-term, valid data for many of the experiments in this area to weigh civic outcomes and the overall advance of democracy. Anecdotally, though, it seems that more problems — from potholes to corruption — are being surfaced, enabling greater accountability. This “new fuel” of data also creates opportunities for businesses and organizations; and so-called “Big Data” projects frequently rely on large government datasets, as do “news apps.”

But are there other logical limits to open government in the digital age? If so, what are the rationales for these limits? And what are the latest academic insights in this area?

Most open-records laws, including the federal Freedom of Information Act, still provide exceptions that allow public institutions to guard information that might interfere with pending legal proceedings or jeopardize national security. In addition, the internal decision-making and deliberation processes of government agencies as well as documents related to personnel matters are frequently off limits. These exceptions remain largely untouched in the digital age (notwithstanding extralegal actions by WikiLeaks and Edward Snowden, or confidential sources who disclose things to the press). At a practical level, experts say that the functioning of FOIA laws is still uneven, and some states continue to threaten rollbacks.

A key moment in the rethinking of openness came in 2009, when Harvard University legal scholar Lawrence Lessig published an essay in The New Republic titled “Against Transparency.” In it, Lessig — a well-known advocate for greater access to information and knowledge of many kinds — warned that transparency in and of itself could lead to diminished trust in government and must be tied to policies that can also rebuild public confidence in democratic institutions.

In recent years, more political groups have begun leveraging open records laws as a kind of tool to go after opponents, a phenomenon that has even touched the public university community, which is typically subject to disclosure laws. A few news organizations have even come under scrutiny for publishing public records of debatable value. Further, public institutions do not always succeed in properly protecting privacy when they release, for example, sensitive court records. And beyond data releases, transparency also means allowing more government officials to speak with the media and public, a practice that has not been uniformly adopted at the state or federal level. In a 2012 paper published in the UCLA Law Review, “The New Ambiguity of ‘Open Government,'” Harlan Yu and David G. Robinson offer a critique:

The vagueness of “open government” has undercut its power. Separating technological from political openness — separating the ideal of adaptable data from that of accountable politics — will make both ideals easier to achieve. Public servants can more readily embrace open data, and realize the full range of its benefits, when it is separated from the contentious politics of accountability. At the same time, political reformers — no longer shoehorned together with technologists — can concentrate their efforts on political accountability, whether or not they rely on new technology.

Indeed, at a 2012 open data meeting among academics, activists and media members, many acknowledged the need to distinguish between improving public services through data — management or performance transparency — and addressing political corruption. The journalist Alex Howard, who covers the open government beat, has looked at the idea of “openwashing.” As he has put it, “Simply opening up data is not a replacement for a Constitution that enforces a rule of law, free and fair elections, an effective judiciary, decent schools, basic regulatory bodies or civil society — particularly if the data does not relate to meaningful aspects of society.” 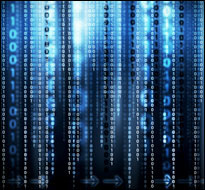 A 2013 paper in Politics & Society, “Infotopia: Unleashing the Democratic Power of Transparency,” by Archon Fung of the Harvard Kennedy School, presents the broad outlines of policy thinking around these issues, theorizing certain limits and advocating that there also be greater corresponding openness by corporations and other large non-public institutions. In general, the principles of “democratic transparency” mean that all large organizations that could threaten citizen interests should be induced to behave in socially beneficial ways. Information should be especially rich, deep and well organized on issues affecting citizens’ interests, and it should be structured and designed to allow citizens — particularly sophisticated professionals and those with civic-minded organizations — to use it and take action.

Still, there is a tension that we are only just beginning to grapple with. Fung suggests that “open government” can become “naked government”:

Fung notes that, in contrast to naked government, the more useful idea of “targeted transparency” balances these competing interests and works to address particular problems and advance shared values. For example, “organizational ‘report cards’ that disclosure hospital infection rates or patient outcomes for nursing homes … are justified primarily because they aim to improve particular outcomes.” (For more, see “Targeting Transparency,” in the journal Science, by Archon Fung, Mary Graham and David Weil.)

If there is a tension between transparency and public trust, there is also an uneasy balance between government accountability and privacy. A 2013 paper in the American Review of Public Administration, “Public Pay Disclosure in State Government: An Ethical Analysis,” examines a standard question of disclosure faced in every state: How much should even low-level public servants be subject to personal scrutiny about their salaries? The researchers, James S. Bowman and Kelly A. Stevens of Florida State University, evaluate issues of transparency based on three competing values: rules (justice or fairness), results (what does the greatest good), and virtue (promoting integrity.) While generally favoring openness, their analysis also suggests:

The researchers suggest that more survey data is needed from institutions subject to disclosure rules and more case studies are required to investigate these evolving dynamics: “A variety of workplace issues such as conflict of interest for both the employee and the employer, divided loyalties for personnel seeking office, or the potential creation of a hostile work environment because of transparency laws will assist in understanding and addressing the pay-policy tensions.”