The Federal Communications Commission (FCC) voted February 26, 2015, in favor of new rules that would enshrine the principle of “net neutrality,” with a draft of the “Open Internet Order” then released March 12. This follows a long period of speculation, litigation and political pressure around this issue, stretching back at least five years to the FCC’s original open Internet rules.

On Nov. 10, 2014, President Obama announced a new plan to preserve “net neutrality” and to prevent Internet service providers from blocking or slowing websites or creating different tiers of speed. “No service should be stuck in a ‘slow lane’ because it does not pay a fee,” he wrote in a statement. “That kind of gatekeeping would undermine the level playing field essential to the Internet’s growth.”

The idea that the Internet should be operated like a public “road” — carrying all traffic, with no discrimination against any traveler, no matter what size, shape or type — seems to many a bedrock principle. But should the Internet be regulated like other public utilities — like water or electricity? Under the prior FCC policy, Internet service providers such as Verizon and Comcast (ISPs)had to treat all content equally, including news sites, Facebook and Twitter, cloud-based business activities, role-playing games, Netflix videos, peer-to-peer music file sharing, photos on Flickr — even gambling activity and pornography. Citizens can run all manner of applications and devices, and no content provider is given preferential treatment or a faster “lane” than anyone else. No content can be blocked by Internet service providers or charged differential rates.

But it also meant that ISPs could not sell faster services to businesses willing to pay, a form of market regulation that, critics say, stifles innovation and legitimate commercial activity.

That all data should zip through the “pipes” of the Internet on an equal basis appears to be a natural feature of the system. But this principle of “network neutrality” — a deliberately crafted feature that is enshrined in the FCC’s 2010 “Open Internet Order” — has faced major challenges. A lawsuit before the United States Court of Appeals for the District of Columbia Circuit, argued in September 2013, pitted the Federal Communications Commission (FCC) against Verizon. The verdict in the case, delivered January 2014, struck down the FCC’s rules.

Verizon and other ISPs have long been able to do “reasonable network management” to keep data and content flowing; what they want is to have more control over traffic and be able to create faster Internet lanes. Some companies assert that net neutrality requirements are unconstitutional, and their elimination will create more business opportunities. Supporters of the network neutrality principle disagree.

The FCC formerly designated the Internet an “information” service, not a “telecommunications” service like telephone companies, and so may not be entitled to regulate the Internet as heavily as it currently does — to oversee an Internet service provider as a “common carrier.”

As observers have long pointed out, the issue of net neutrality is often simplified, and in no way is the Internet actually an egalitarian playing field given its current architecture. Companies pay for better server speed; large Internet companies frequently engage in “peering connections,” or putting servers in the core architecture of ISPs; and sites and publishers of all kinds pay for content delivery networks (CDNs), which mirror content on servers and speed up delivery (and limit slow load times, or latency.)

What exactly is at stake with the network neutrality principle? What are the broader societal and economic implications? Behind many of the arguments is also a fundamental debate over who should pay for upgrades to and expansion of the current system. Although broadband speeds, price and availability in the United States once ranked high globally, they’re now similar to rates in other developed countries, according to OECD. It’s an issue news media have begun to pick up.

The Knight Foundation has usefully brought together analysis of various related policy issues and areas of contention and advocacy around the issue. See the December 2014 report “Decoding the Net Neutrality Debate: Media, Public Comment and Advocacy on the Open Internet.” And Harvard’s Berkman Center for Internet & Society has issued a February 2015 paper exploring how exactly the campaign for net neutrality gathered momentum.

In support of net neutrality

Law professor Susan Crawford, of the Benjamin N. Cardozo School of Law and the Berkman Center, has argued extensively against Verizon’s position. Read the amicus brief she co-wrote to support the case of the FCC; it deconstructs many of the arguments currently being advanced for overturning net neutrality.

For a sense of the wider economic reasons to support net neutrality, the paper “Subsidizing Creativity through Network Design: Zero-Pricing and Net Neutrality,” published in the Journal of Economic Perspectives, provides an overview. The authors, Robin S. Lee of New York University and Tim Wu of Columbia University — who helped coin the term “net neutrality” — look at the innovation possibilities enabled by the Internet and spell out why allowing “termination fees,” or costs imposed on content providers to reach customers, would be harmful.

Further, a paper in Information Systems Research, “The Debate on Net Neutrality: A Policy Perspective,” uses game theory to investigate the potential consequences of the loss of net neutrality. The authors, Hsing Kenneth Cheng and Subhajyoti Bandyopadhyay of the University of Florida and Hong Guo of the University of Notre Dame, find that ending it would disproportionately favor Internet service providers and hurt content providers. They also find that the “incentive for the broadband service provider to expand under net neutrality is mostly higher than the incentive to expand when the principle of net neutrality is abolished.”

A 2014 working paper for the National Bureau of Economic Research, “Weak Versus Strong Net Neutrality,” by Joshua Gans of the University of Toronto, support the “notion that strong net neutrality may stimulate content provider investment while the model concludes that there is unlikely to be any negative impact from such regulation on ISP investment. Counter to many claims, it is argued … that ISP competition may not be a substitute for net neutrality regulation in bringing about these effects.”

It should also be noted that a “digital divide” still exists across America, with those of lower socioeconomic status less likely to have broadband access. Thus, any usage-based pricing in local broadband markets might extend this divide beyond mere access and, as former FCC Commissioner Michael Copps has written, potentially make “news and information a luxury good.” 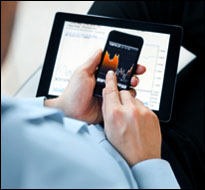 Although there is a wealth of scholarship that supports net neutrality, there are also some prominent scholars, such as Christopher Yoo, who argue against taking the mainstream regulatory approach that neutrality supporters prefer. In the 2014 paper “Wickard for the Internet? Network Neutrality After Verizon v. FCC,” Yoo argues that a new standard based on “commercial reasonableness” may be a better policy direction, and “differentiation of traffic can provide consumer benefits by giving the increasingly heterogeneous universe of consumers a broader array of options from which to choose.” He explores underlying and tricky issues of Internet architecture, as well as relevant past legal issues. (Columbia’s Wu has had some informative debates with Yoo on these issues.)

A 2013 paper in Telecommunications Policy, “Net Neutrality: A Progress Report” (pre-publication version here) analyzes much of the research literature to date. The authors, Jan Kramer, Lukas Wiewiorra and Christof Weinhardt of the Karlsruhe Institute of Technology in Germany, note that given the growth of data traffic on the Internet, there are fears that an “exoflood” of data will ultimately overwhelm the Internet if proper traffic controls are not allowed. Streaming video, such as that from Netflix, constitutes large and growing portions of network traffic. Internet service providers claim that they “cannot bear the costs for the necessary network infrastructure investments without tapping additional revenue streams.” The scholars also note that Internet service providers already manage traffic in a variety of ways to ensure what’s called “quality of service,” and the net neutrality debate sometimes appears to be overly “romantic” and simplistic.

The idea of “strict network neutrality” is thus not realistic; that principle, the authors write, “would imply taking a step backwards from the current status quo of the Internet towards a network regime where any network management practice would be forbidden. Such regulated technical disarming could lead to congestion problems in peak times, which could only be counteracted by overprovisioning of network capacity. In any case, ISPs’ revenues would be reduced because business models that rely on managed services, like [Internet television], could not be reliably offered anymore. The likely result of this strict interpretation of [net neutrality] would be that consumer prices for (full) Internet access increase, or that the rate of investments in network infrastructure is reduced.”

Kramer, Wiewiorra and Weinhardt review many papers that examine the financial implications of net neutrality, concluding that “the majority of the papers that conduct an economic analysis find that strict [net neutrality] regulation is warranted only under very special circumstances.” They also usefully review emerging issues, such as debates over “device neutrality,” “search neutrality” and the rise of CDNs and how they are reshaping Web traffic dynamics.

A paper from Gerald R. Faulhaber of the Wharton School at the University of Pennsylvania, “Economics of Net Neutrality: A Review,” also finds that the economic arguments for strict neutrality are not strong.