As news organizations prepare for the future, they might be well-served to keep their eyes on an important demographic shift: In 2015, the Millennial generation — those ages 18 to 34, and born between 1981 and 1997 — is set to become larger than the Baby Boom generation. (This will be true, even as the country’s median age continues to rise.) Over the next three decades or so, the cohort of Baby Boomers will decline in size steadily, and by mid-century only about 1 in 5 will be living, as the Pew Research Center points out.

As this giant post-war generation — the largest in U.S. history to this point — dwindles, so too will a defined set of news consumption habits that evolved around print newspapers and limited consumer broadcast choice. Meanwhile, a diverse new generation will come to maturity with a new set of embedded information, technology and communications practices and values.

A March 2015 report from the American Press Institute and the Associated Press-NORC Center for Public Affairs Research, “How Millennials Get News: Inside the Habits of America’s First Digital Generation,” draws new insights based on a survey of 1,046 members of the generation, as well as qualitative interviews in select cities. Working together as part of the Media Insight Project, the researchers set out to test some commonly held assumptions about Millennials — a highly digitally connected cohort — including that they are less interested in news than are past generations. The margin of error for the survey was plus or minus 3.8 percentage points. 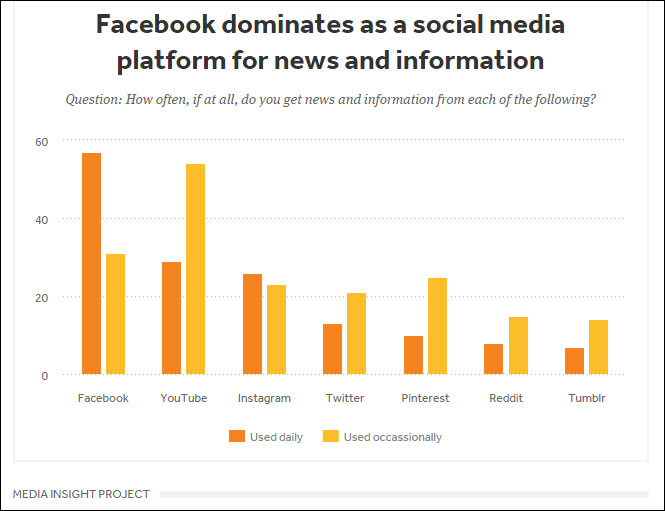 “Millennials consume news and information in strikingly different ways than previous generations, and their paths to discovery are more nuanced and varied than some may have imagined,” the report concludes.