In the age of Big Data, journalists are now using new digital tools to better visualize and present information. One approach is to build “news apps” — interactive data visualizations, on any platform, that allow readers to find data that is interesting to them. This is an important and emerging component of data journalism, a field that is in many ways re-conceptualizing what a news “story” is and how it may operate.

Because of their focus on serving the needs of individual readers, news apps can help serve a news mission while garnering recognition and cultivating long-term readership. They’re also less ephemeral than news stories, as their data can remain relevant for longer than coverage of breaking news.

News apps have generated interest from philanthropies looking to invest in the future of news and data. The Knight News Challenge on data in March 2012 offered to give $5 million worth of grants for “ideas that help make data more useful.” In August, less than five months later, the nonprofit Investigative Reporters and Editors (IRE) announced that it would be disbursing $50,000 in grants to support “journalists working on data projects,” thanks to a donation from Google.

Because coding culture encourages open collaboration, some of the smartest news app teams have openly discussed their processes, including those at the Chicago Tribune, NPR and ProPublica. 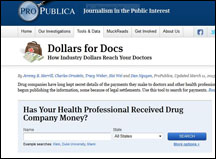 A less successful — some say “infamous” — news app was the handgun permit map published by the Westchester County Journal News. Many argued that it was an example of data journalism gone “awry” — and no ostensible public interest was served by publishing the names and addresses of handgun permit applicants in Westchester County. In any case, that controversy feeds into a larger debate about the editorial standards that need to guide data journalism and its practices, particularly when large amounts of data are released relating to particular citizens. This comes down to balancing the need to protect individuals with serving the public interest.

1. Who are the users? What do they want?

The first step in software development is to ask: “Who are the users, and what do they want?” That is the core principle of user-centered design in software development, and news apps are software applications built for a news purpose. Different readers will have different reasons for using any given news app. These reasons can be understood through “use cases,” descriptions of each reason that provide a systematic way of thinking about an app’s potential audience.

The list of use cases should be prioritized so the needs of the most valuable readers are addressed first. This list should guide data collecting and organizing the data, as well as building the app’s user interface. (Making it searchable is more important than making it pretty, however.) Then the data can be obtained (either as government open data, or through reporting, or via FOIA request) and refined, and the interface can be coded.

A developer should be involved in the process from the outset to make sure that the app is user-friendly and built efficiently. Involving a developer from the beginning will keep down costs, as a coder will see how best to prioritize features and build a code base that will be  easily updated and maintained for future developments.

Specificity is crucial — a specific design takes much less time to build than a vague one. Depending on the project, an app may take an afternoon to build, or it may take months; accordingly, an app may cost a few hundred dollars to build, or a few hundred thousand. During development, try to gauge whether the app will be a blockbuster or a more modest success, and outlay resources accordingly.

3. Don’t try to make apps “pay for themselves.”

Although news apps can typically hold an audience, they rarely drive huge traffic numbers. But a smart app that generates buzz may also attract potential investors or sponsors. It can also direct traffic to a different media property. For instance, the Texas Tribune used its news apps to drive search traffic to its website, building readership and increasing ad revenue.

Many news apps are built on data that is freely released by government sources, which makes it intrinsically difficult to directly resell the raw data or to charge for the app. There is a limit to the amount that any corporate buyer would be willing to pay, and individuals would probably just go to free commercial alternatives, like Craigslist and Zillow, rather than pay. 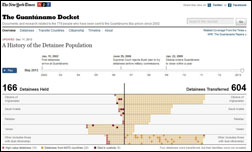 After building a single app, build another. Watch how readers use the app and what they do not use. Their time is a scarce commodity. Focus on their needs.

Journalism is about stories, no matter what the format, delivery vehicle, or distribution platform. Some stories are best told with words, some with pictures and some with interactive data. News apps allow readers to find their own stories in the data. Information in news apps are typically longer-lasting than articles, and they can help a news startup to differentiate itself with readers. But they are not necessarily revenue-neutral. Their advertising traffic is often low, especially at first. Their effectiveness for the business will also depend on how they might help bolster a news brand.

News apps and data: A brief primer and overview

by Alex Remington, The Journalist's Resource
May 24, 2013