This journalism tip sheet was created by Susan Heavey, a health care reporter and former fellow at the Knight Science Journalism Program at MIT. Heavey now works for the Association of Health Care Journalists (AHCJ) as its core topic leader on social determinants and disparities in health.

We are reprinting this AHCJ tip sheet with permission.

If you are covering the social determinants of health care, chances are you will need some data on areas such as income and gender that can influence health. One place to find everything from the number of doctors in a particular part of the country to demographic information on veterans is the U.S. Census Bureau. This federal agency culls data not only from the U.S. Census taken every 10 years but also from a host of other more frequent surveys.

The bureau’s American Fact Finder tool lets users search for a specific set of characteristics for a particular community such as housing, income, poverty and race. It also offers various maps, charts and other visual data.

Experts there also routinely sift through the data to spot changes and point out other interesting finds that could help spark coverage ideas or help reporters dig deeper into any trends. Some recent examples include a look at income changes among women aged 15 to 50 who recently gave birth and Florida’s Sumter County, which is the “oldest” by population in the United States.

Here are some other health data from Census that you can use to cover health disparities:

Small Area Health Insurance Estimates: The SAHIE are model-based estimates of health insurance coverage for counties and states. It also includes an interactive search tool to drill down even further within a county by age, race, sex and income. It is considered the only source of single-year health insurance coverage estimates for all U.S. counties. 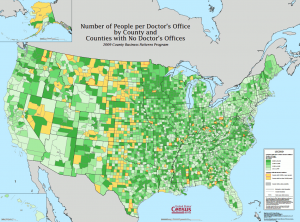 You can use the American Fact Finder to search for specific demographics and locations, but Census also pulls together data on income and income inequality, and a host of other population traits such as age, gender, race and more. There is also data on education and family living arrangements.

Need more help? The census bureau also has a vast training library with webinars and other tutorials to help find what you need.

Susan Heavey (@susanheavey) is AHCJ’s core topic leader on social determinants and disparities, providing AHCJ members the resources they need to cover the root causes of health care gaps by writing blog posts, tip sheets, articles and other material. Based in Washington, D.C., Heavey covered health care for more than a decade, reporting on health care regulation and policy before focusing on the intersection of health, poverty and demographics for Reuters.

The Association of Health Care Journalists offers training opportunities and resources to its 1,500 members. Tip sheets, “How I Did It” articles written by reporters, other resources and training events are available at HealthJournalism.org.