July 2016 was the hottest month on Earth since people began keeping records, according to the National Oceanic and Atmospheric Administration (NOAA). It beat a record set in July 2015. Land temperatures were 1.8°F above average. July 2016 was also the 379th consecutive month with temperatures above the 20th century average.

While there are certainly annual fluctuations, the research consensus is that human-induced climate change will, in effect, “load the dice” and make heat waves more likely — and more extreme. This is already contributing to increased drought and more intense wildfires, scientists have found. The initial 2013 federal National Climate Assessment report notes that “Americans are noticing changes all around them. Summers are longer and hotter, and periods of extreme heat last longer than any living American has ever experienced.”

What might be the human consequences? Research predicts that mortality rates will increase across the population. A 2012 study published in Environmental Research, “Cold and Heat Waves in the United States,” examined data from nearly 100 U.S. cities over a period of more than a decade and concluded that there “was an increased risk of death during heat waves. The largest increases were for the most extreme temperatures … although these extreme heat waves were also the rarest…. However, the public health burden of these extreme heat waves is very likely to increase as global temperature rise and extreme heat waves become more common.” A 2011 study, “Heat Waves in the United States: Mortality Risk during Heat Waves and Effect Modification by Heat Wave Characteristics in 43 U.S. Communities,” published in Environmental Health Perspectives, concludes:

The elderly will likely suffer more; indeed, a 2012 research study in the journal Climatic Change estimates that California cities “could have a greater than tenfold increase in short-term increases in heat-related mortality in the over 65 age group by the 2090s.” For those skeptical of these various single-study estimates, it is worth keeping in mind a 2011 metastudy that examined the research findings of 14 previous papers: “Scenario-based projection research will meaningfully contribute to assessing and managing the potential impacts of climate change on heat-related mortality.” 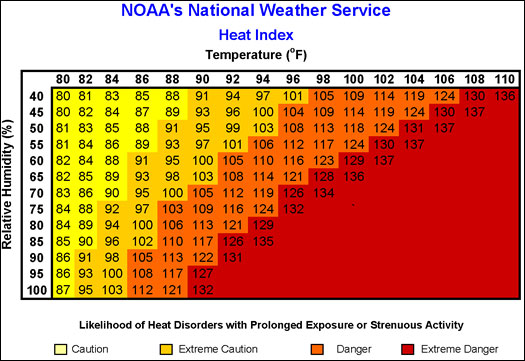 For reporters and policymakers looking for guidance about how to characterize the climate change-weather event connection, it is worth considering the language of a July 2012 report published in the Bulletin of the American Meteorological Society: “In the past it was often stated that it simply was not possible to make an attribution statement about an individual weather or climate  event. However, scientific thinking on this issue has moved on and now it is widely accepted that attribution statements about individual weather or climate events are possible, provided proper account is taken of the probabilistic nature of attribution.”

The categories, measurements and language used in this research area can be complex. A 2013 study also published in Climatic Change, “Heat Waves in the United States: Definitions, Patterns and Trends,” analyzes 15 previously published heat wave indices over the period 1979-2011. The researchers, Tiffany T. Smith and Benjamin F. Zaitchik of Johns Hopkins University and Julia M. Gohlke of the University of Alabama at Birmingham, note that there are diverse perspectives on what precisely constitutes a heat wave, and scientists, public health researchers and different regions and communities may have different notions. The study sets out to reconcile this conflicting data. Prior scholarship has produced mixed results when looking, for example, at whether or not heat waves are increasing in the U.S. Southeast region.

“Understanding the role that definitions play in such studies,” the researchers conclude, “is important for interpreting seemingly contradictory results and for enhancing the quality of communication between climate scientists, health researchers, and the general public.”

Heat waves in the United States: Research on trends, definitions and dangers to the public