On July 30, 2014, the United States did something that had been legally prohibited for nearly 40 years: It exported domestically produced crude oil. While minor exports had occurred through the years and the July shipment involved some technical sleight-of-hand (the product was classified as lightly refined “condensates”), it was one of the first significant oil shipments since Congress banned exports in the wake of the 1974 oil embargo.

Respecting the law up to now has been easy, given America’s declining domestic oil production and thirst for imported oil — in 2006, the country imported 3.7 billion barrels. What changed between then and now all comes down to one word: fracking, the popular name for hydraulic fracturing. Combined with horizontal drilling, the technique has powered a boom in U.S. energy production, unlocking substantial petroleum and natural gas deposits trapped in shale formations. A lot of this is good news: U.S. consumers and industry rarely complain when energy prices fall, and reducing imports from unstable parts of the world has considerable appeal. Natural gas also releases half as much carbon dioxide as coal, allowing it to potentially serve as a “bridge fuel” to the cleaner energy supported by the majority of Americans. 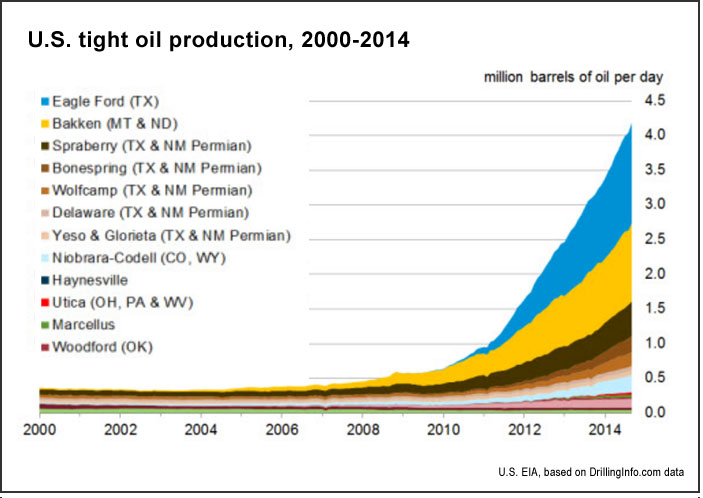 Despite these advantages, fracking remains highly controversial, in large part because of the potential damage it poses to human health and the environment. Reports of fracking operations contaminating aquifers are widespread, and research has found indications of higher rates of silicosis among well workers, an increase in congenital defects to children born nearby, and elevated cancer risk due to air pollution. Even earthquakes have been linked to fracking operations. Such concerns have led a number of towns to try to ban the practice, and fracking has become one of the central issues in the 2014 battle for Colorado’s governorship, a crucial swing state.

A 2014 study published in the Annual Reviews of Environment and Resources, “The Environmental Costs and Benefits of Fracking,” provides an overview of the state of scientific knowledge on fracking and its impacts. In their introduction, the researchers — based at the Woods Institute for the Environment, Stanford, Duke, Newcastle University, Ohio State, MIT and the University of Colorado — note the complex web of tradeoffs:

Unconventional energy [recovered by hydraulic fracturing] generates income and, done well, can reduce air pollution and even water use compared with other fossil fuels. Alternatively, it could slow the adoption of renewables and, done poorly, release toxic chemicals into water and air. Primary threats to water resources include surface spills, wastewater disposal, and drinking-water contamination through poor well integrity. An increase in volatile organic compounds and air toxics locally are potential health threats, but the switch from coal to natural gas for electricity generation will reduce sulfur, nitrogen, mercury and particulate air pollution.

The researchers conducted a literature review on a wide range of issues related to unconventional energy, including well productivity, water requirements, well integrity, risks to surface and groundwater, seismic effects, air pollution and greenhouse gasses. In each section the scholars note questions in need of additional research and recommendations. The findings include: 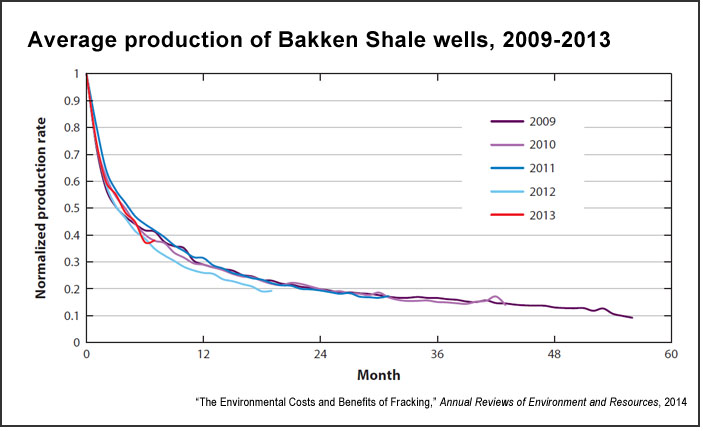 Risks to surface and groundwater

The researchers conclude with five recommendations. First, greater transparency is required from companies and regulating agencies. Some information is available on the FracFocus disclosure registry, but more is needed. Second, short- and long-term studies are required on the potential effects of fracking on operations on human health — “virtually no comprehensive studies have been published on this topic,” they note. Third, predrilling data, including environmental quality and human health, would be in all parties’ interests. Fourth, because most problems result from surface operations, including faulty wells, spills and leaks, additional work on best practices is required. Finally, funds should be created to address future, unknown problems that could arise from the current oil and gas boom. “Drilling millions of new oil and natural gas wells will inevitably lead to future issues,” they note, and authorities and firms should work to ensure that the resources are available to deal with them.

Related research: A 2014 study in Journal of Infrastructure Systems, “Estimating the Consumptive Use Costs of Shale Natural Gas Extraction on Pennsylvania Roadways,” analyzes the damage that fracking operations impose on local transportation infrastructure. The researchers, based at the RAND Corporation and Carnegie Mellon University, estimate that the road-reconstruction costs associated with a single horizontal well range from $5,000 to $10,000. While this figure appears small, because there were more than 1,700 wells drilled in Pennsylvania in 2011 alone, the total costs for that year was between $8.5 and $39 million — costs paid by state transportation authorities, and thus taxpayers.