As of 2014 there were approximately 6,400 charter schools in the United States serving more than 2.5 million children, according to the National Alliance for Public Charter Schools. The growth of charter schools has been controversial, and scholarship over the past decade has been mixed on their ability to improve outcomes for students who might otherwise be compelled to enter lower-performing schools. Evidence does suggest that charter schools may be more important and relatively effective in urban areas. Still, researchers are just getting to the point where they can assemble sufficiently large datasets to draw more general conclusions about the impact of charter schools.

A 2015 study from Stanford University’s Center for Research on Education Outcomes (CREDO), “Urban Charter School Study: Report on 41 Regions,” examines the direct contribution of charter schools in raising student test scores over a given year — what scholars call the measurable “value added” in student growth — in 41 regions of 22 states. The researchers partnered with the states’ education departments to analyze some 1 million records for charter students and a matched group of comparison traditional public school students over the period 2006 to 2012.

The analysis is the third major study issued by the Stanford research group, which also published widely discussed — and somewhat controversial — findings in both 2009 and 2013. The researchers have stated that no one study will be definitive, but the accumulated evidence makes a stronger case over time. Observers of the 2015 findings note two important points: First, the 2015 report has fairly different conclusions than reports from prior years, suggesting no obvious bias; Second, although this wide-view level analysis is important, it is not quite as valid as some of the research done on charters based on admissions lotteries (which focus on a relatively small sample of charters). Analyzing districts where there are randomized lotteries helps rule out research confounding issues, as populations with certain characteristics may be predisposed to selecting in or out of charter schools.

Below are detailed breakouts of the study’s results according to urban area (see more here on the meaning of the statistical term “standard deviation”): 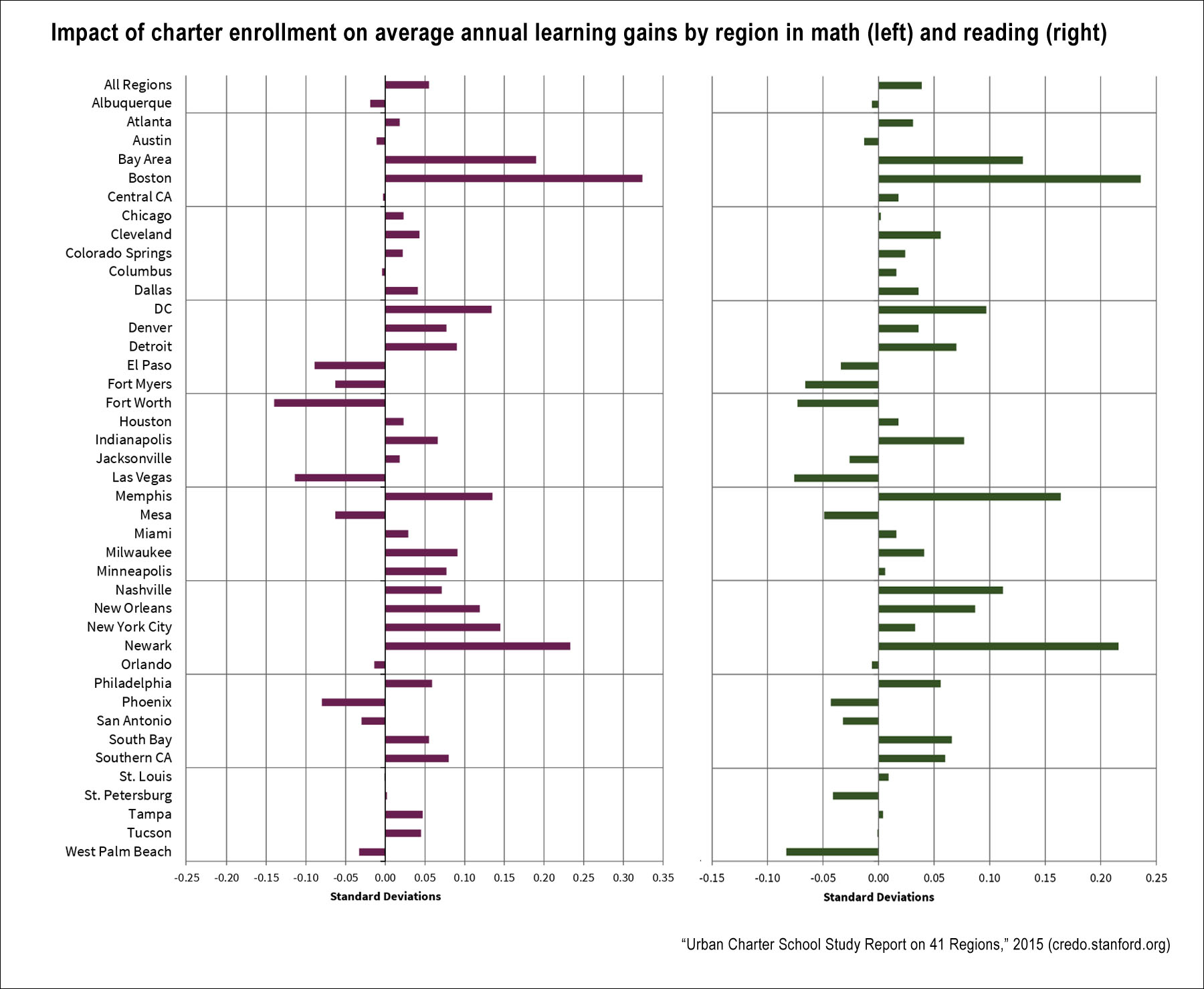 New research finds that legalized abortion following Roe v. Wade accounts for 45% of the decline in U.S. crime rates over the past three decades. Some other economists are not convinced.