The death of actor Philip Seymour Hoffman as a result of an apparent heroin overdose has prompted broader discussion about the drug’s prevalence and effects currently across American society. In general, the usage of heroin, its availability and the number of persons arrested for trafficking have grown in recent years.

Between 2002 and 2010, the number of persons who reported using heroin over the past year grew by about 50%, from 400,000 to more than 600,000, according to the Substance Abuse and Mental Health Services Administration. This far exceeds population growth over that time. 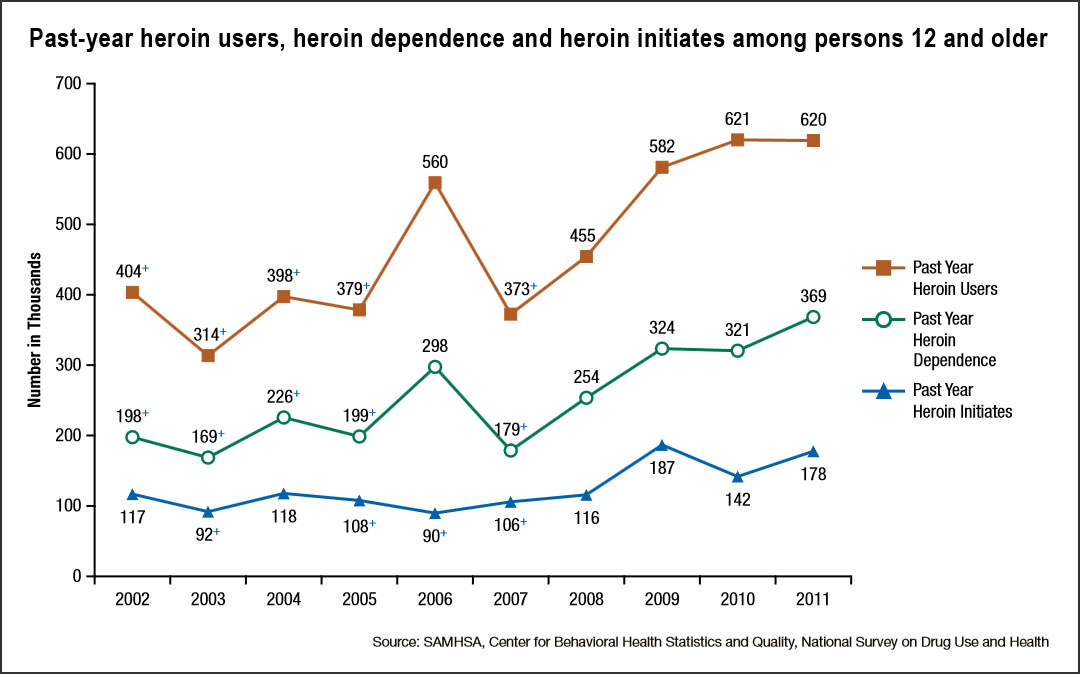 It is worth parsing the data a little further to better understand what’s happening behind the statistics, as there can be well-justified skepticism about claims of a drug “crisis.”

The factors fueling these trends are many, and some medical researchers do refer to the problem as an “epidemic.” Prescription painkiller overdoses have become a far deadlier problem than heroin, according to public health experts, but the two issues are not unrelated. Researchers have focused on how persons who abuse prescription opioid pain relievers — a population whose numbers have risen dramatically — are much more likely to use heroin. This possible “gateway” dynamic may substantially explain the overall increase in heroin use. The rate of overdose deaths related to opioid pain relievers across the U.S. population quadrupled between 1999 and 2009, according to the Centers for Disease Control and Prevention. A federal research study documents this strong connection:

Pooling data from the National Survey on Drug Use and Health (NSDUH) conducted annually from 2002 through 2011, the study finds that the recent (12 months preceding interview) heroin incidence rate was 19 times higher among those who reported prior nonmedical pain reliever (NMPR) use than among those who did not (0.39% vs. 0.02%). In contrast, the recent NMPR incidence rate was almost two times higher among those who reported prior heroin use than who did not (2.8 vs. 1.6 percent). Four out of five recent heroin initiates (79.5 percent) previously used NMPR whereas only 1.0% of recent NMPR initiates had prior use of heroin. However, the vast majority of NMPR users have not progressed to heroin use.

The number of heroin-related overdoses held steady in the early 2000s: 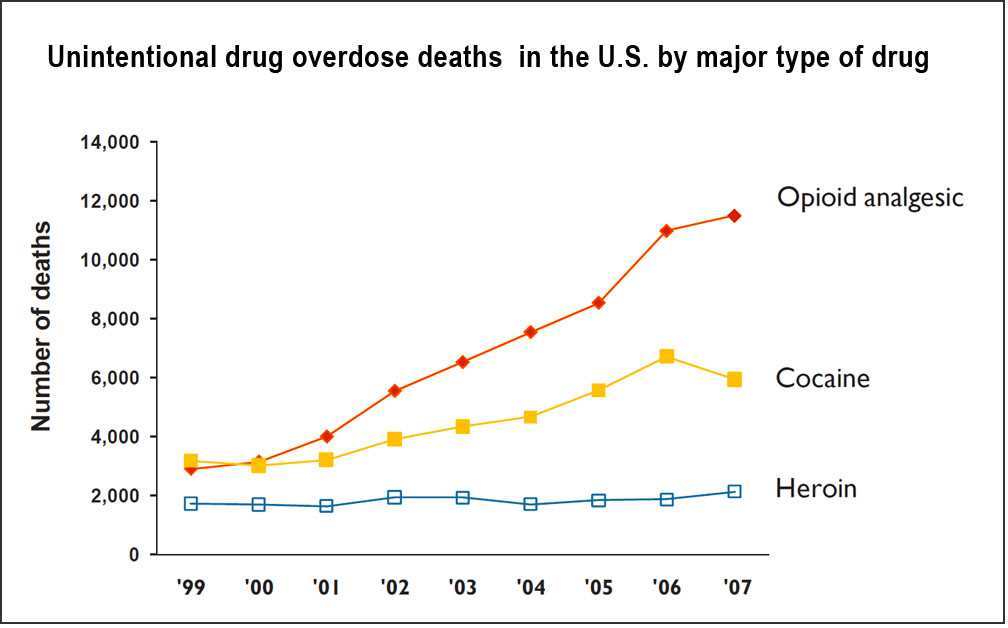 But more recent data indicate an increase in heroin overdoses since 2007. Reporters have extensively covered how access to cheaper, more powerful heroin has increased in small communities across the country, with wide-ranging social consequences. Rural states such as Vermont have seen devastating effects.

The U.S. Sentencing Commission reports that there were 2,135 persons who were convicted for trafficking heroin in 2012, compared to 1,401 in 2008 — reflecting a “steady” rise over the past five years. Estimates of availability and sources are compiled by the White House.

The economic costs are not, of course, exclusively incurred by law enforcement: Economists have long noted the billions of dollars lost because of reduced productivity, medical costs, the fueling of related criminal activity and effects on social welfare.

Heroin use in the United States: Data and recent trends