Despite the fact that U.S. income inequality and poverty are playing a bigger role in political discourse, many subtle aspects of collective economic “health” continue to be under-appreciated. The Great Recession had a substantial impact on many individuals and families, and the effects are still being felt. But there are many positive counter-trends now at work, as the United States sees a comeback in many regional housing markets, the unemployment rate falls and certain aspects of the economy improve. In characterizing the state of the U.S. “economy,” it is difficult to reconcile conflicting short-term, medium- and long-range trends, and for media to balance them in an accurate way.

A paper from Stanford University, “State of the Union: The Poverty and Inequality Report 2014,” synthesizes economic data and academic research to paint a full picture — a “unified analysis” — of key indicators of the nation’s economic health that may not receive the same visibility as GDP, aggregate growth patterns or stock market trends. Produced by the Stanford Center on Poverty and Inequality, which receives some federal funding, the report enlisted subject-area academic experts on issues such as the labor market, health, education and income trends. Overall, the data suggest a “broadly deteriorating poverty and inequality landscape.” 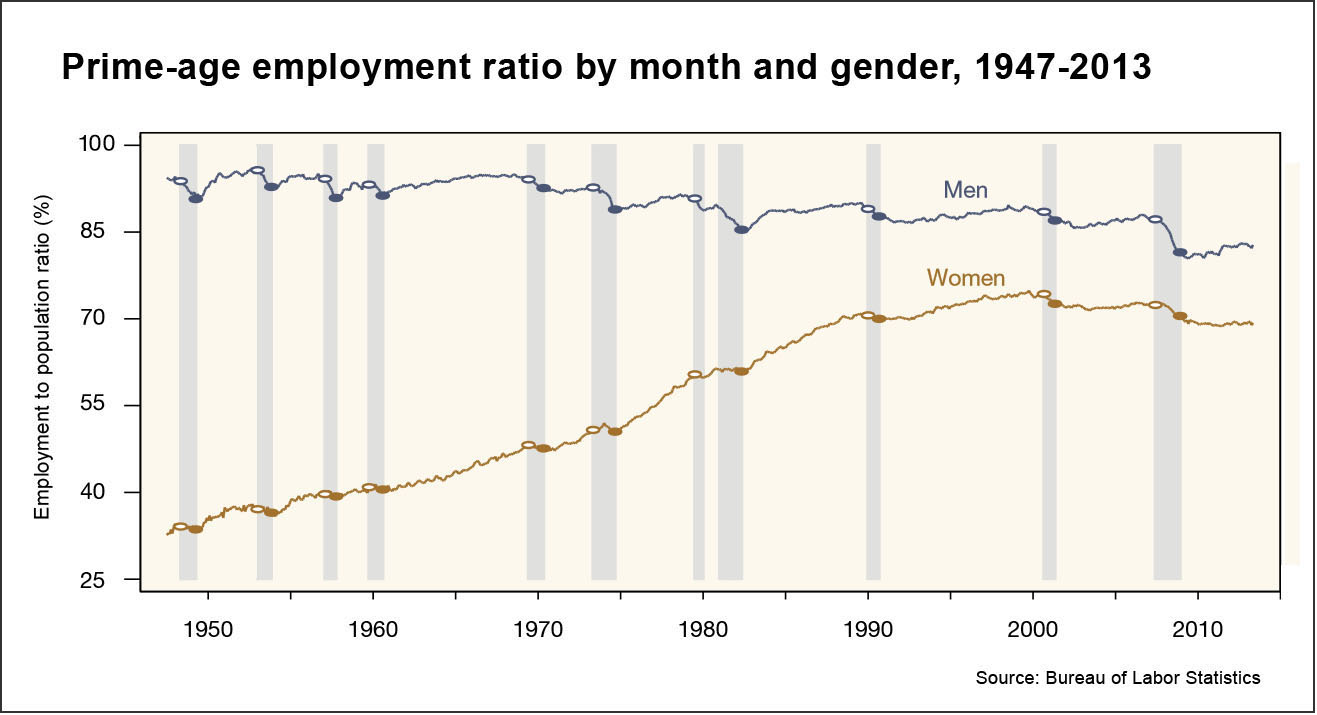 The report also looks at issues such as health inequality and trends in overall wealth inequality. The authors note that the “distinctively American approach is to blame our post-market institutions for the current state of affairs. The safety net is blamed for failing to make a dent in poverty; our schools are blamed for failing to eliminate income or racial disparities; and our healthcare institutions are blamed for poor health among the poor. We accordingly propose all manner of narrow-gauge safety net reforms, narrow-gauge school reforms and narrow-gauge health care reforms; and we imagine that, if only we could find the right such reforms, all would be well.” However, the “very same critical scrutiny might also be applied to our economic and labor market institutions,” which are failing increasingly broad swaths of the American public.

Related research: A 2014 paper for the National Bureau of Economic Research, “Is the United States Still a Land of Opportunity? Recent Trends in Intergenerational Mobility,” finds that, contrary to prior research and popular belief, economic mobility has not drastically changed in recent decades. “Our analysis of new administrative records on income shows that children entering the labor market today have the same chances of moving up in the income distribution relative to their parents as children born in the 1970s,” write authors Raj Chetty, Nathaniel Hendren, Patrick Kline, Emmanuel Saez and Nicholas Turner. However, they also note that the “lack of a trend in intergenerational mobility contrasts with the increase in income inequality in recent decades.” In a companion paper produced as part of Harvard’s and UC Berkeley’s “The Equality of Opportunity Project,” the research team shows how mobility varies widely according to U.S. geographical region — and how mobility rates in some regions remain persistently low, substantially lagging other developed nations.