Email one of us by clicking on a name below. (Unsolicited manuscripts will not be considered.)

Denise-Marie Ordway, Managing Editor. She joined Journalist’s Resource in 2015 after working as a reporter for newspapers and radio stations in the U.S. and Central America, including the Orlando Sentinel and Philadelphia Inquirer. Her work also has appeared in publications such as USA TODAY, the New York Times, Chicago Tribune and Washington Post. She has received a multitude of national, regional and state-level journalism awards and was named as a Pulitzer Prize finalist in 2013 for an investigative series she led that focused on hazing and other problems at Florida A&M University. Ordway was a 2014-15 Fellow of Harvard’s Nieman Foundation for Journalism. She also serves on the board of directors to the national Education Writers Association. @deniseordway 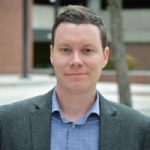 Clark Merrefield, Senior Editor, Economics. He joined Journalist’s Resource in 2019 after working as a reporter for Newsweek and The Daily Beast, as a researcher and editor on three books related to the Great Recession, and as a federal government communications strategist. He was a John Jay College Juvenile Justice Journalism Fellow and his work has been awarded by Investigative Reporters and Editors. @cmerref

John Wihbey is a consultant to Journalist’s Resource, having served as managing editor and assistant director for the project from 2011 to 2015. He is currently an assistant professor of journalism at Northeastern University. @wihbey 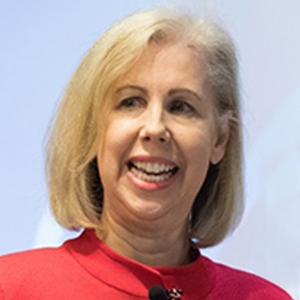 Nancy Gibbs, Director of the Shorenstein Center and the visiting Edward R. Murrow Professor of Practice of Press, Politics and Public Policy. Until September 2017, she was editor-in-chief of TIME, directing news and feature coverage across all platforms for more than 65 million readers worldwide, as well as editorial director of the Time Inc. News Group. @nancygibbs

Thomas E. Patterson, Bradlee Professor of Government and the Press. He is author of the 2013 book Informing the News: The Need for Knowledge-Based Journalism. His earlier book on the media’s political role, Out of Order, received the American Political Science Association’s Graber Award as the best book of the decade in political communication. His book The Vanishing Voter looked at the causes and consequences of electoral participation. @tompharvard

Setti Warren, Executive Director, Shorenstein Center. He was the mayor of Newton, Massachusetts from 2010 to January 2018 and, prior to that, worked as the deputy state director for U.S. Sen. John Kerry’s Massachusetts office and as national trip director for Kerry’s presidential campaign. From 2000 to 2002, Warren served as the New England regional director of the Federal Emergency Management Agency. He held numerous positions in the Clinton White House between 1997 and 2000. From 2007 to 2008, he was on active duty in Iraq and, from 2002 to 2011, was an intelligence specialist in the U.S. Navy Reserve. @settiwarren